Catholic agencies near Martha’s Vineyard are caring for transported migrants 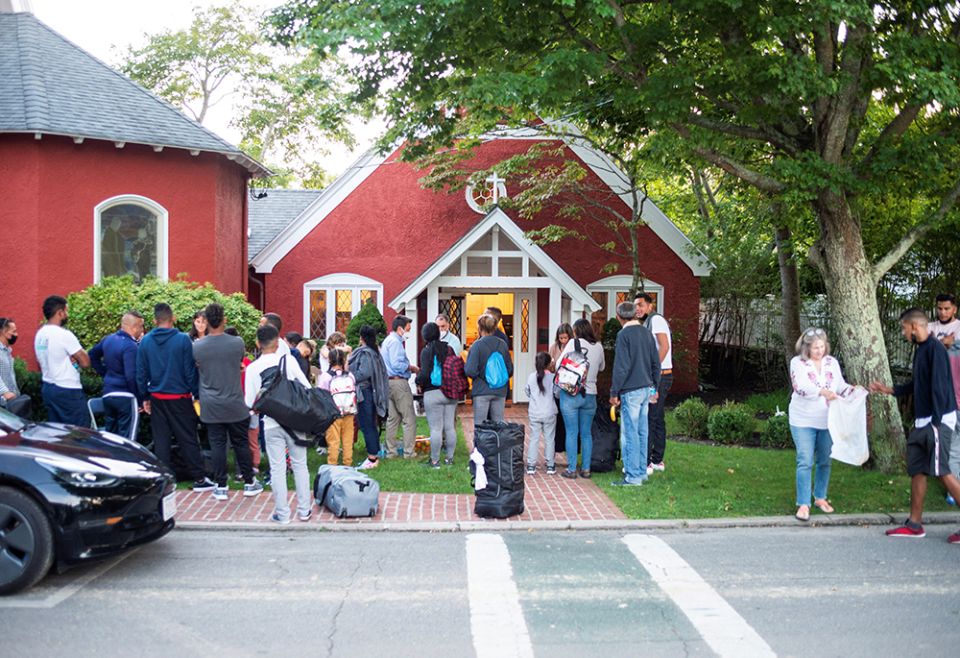 FALL RIVER, MASS. — Susan Mazzarella said her Spanish language translator’s eyes filled with tears as the Venezuelan migrants who were flown to Martha’s Vineyard on Sept. 16 recounted the details of how they fled their country in search of a better life in the United States.

“While leaving Venezuela, they had to go on a boat, and at one point they had to jump off the boat and swim underwater. It was terrifying. They didn’t know what was going to happen to them. They just knew that they needed to try to fight for a better life for themselves,” Mazzarella, the chief executive officer of Catholic Charities of the Diocese of Fall River in Massachusetts, told NCR.

Mazzarella’s team at Catholic Charities is assisting the myriad state social service agencies, immigration attorneys and nonprofit groups that are working to provide legal services, medical care, clothing, food and shelter for the 48 migrants who were flown from San Antonio, Texas, to Martha’s Vineyard with no advance warning to the local community. The migrants possessed very little other than the clothes they wore.

“When they arrived on the Vineyard, it was a warm day, but the nights [on Sept. 16-17] got cooler. Many of them just had shorts and T-shirts on, and that was it,” said Mazzarella, whose agency purchased sweatshirts, sweatpants, hats, and underwear for them. Her team also purchased soccer balls, games and toys for eight children in the group, ages 2 to 11.

“We were there to provide humanitarian support and any basic needs and resources that these individuals and families might need,” Mazzarella said.

Florida Gov. Ron DeSantis, a Republican who is believed to be considering a run for president in 2024, took credit for arranging the migrants to be flown in two chartered airplanes to Martha’s Vineyard. In doing so, DeSantis followed the lead of other Republican governors in Texas and Arizona who this year have been transporting migrants on buses to Democrat-led cities such as New York, Chicago, Sacramento and Washington, D.C.

“This kind of thing has been going on for months now,” Tania Guerrero, an immigration attorney with Catholic Legal Immigration Network, Inc., told NCR. She described disorientation and chaos that she said the governors’ controversial busing tactic has created.

“It’s very difficult as an individual to be told that you’re going to one place, and you end up in another and you have no reliable network of people there,” Guerrero said. “You don’t know what the lay of the land is. And so there is danger, there is uncertainty, there’s a lot that’s going on all at the same time.”

Bishop Edgar da Cunha of Fall River, whose diocese encompasses Martha’s Vineyard and the Cape Cod military base where the migrants were transported after two days on the island, told NCR that their plight illustrates how the United States has failed to address immigration in “a fair, just and human way.”

“Instead of looking at the human situation of these people, many politicians use it for their own political agenda instead,” da Cunha said. “And that’s unfortunate because we are dealing here with human beings, with vulnerable persons, in many situations children, women and older people. We can’t use them as political pawns for our own personal interest and agenda.” 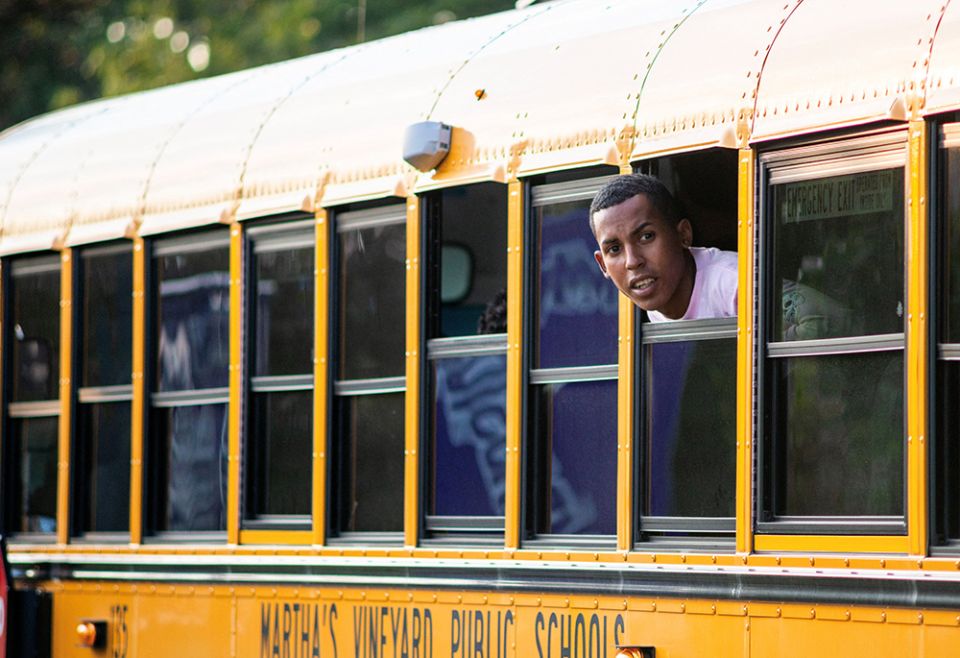 A migrant is seen on a bus Sept. 14 in Martha’s Vineyard, Massachusetts. (CNS/Vineyard Gazette via Reuters/Ray Ewing)

Da Cunha echoed other Catholic bishops, religious leaders and immigration advocates who criticized DeSantis and Govs. Greg Abbott of Texas and Doug Ducey of Arizona for what they see as a cruel ploy to score political points.

Don Kerwin, executive director of the Center for Migration Studies in New York, a Scalabrinian think tank, said: “I don’t think it’s cute. I don’t think it’s funny. I have no idea what [the Republican governors] are even thinking other than that they’re just filled with scorn for these people and for the communities that they’re sending them to.”

Kerwin told NCR that in many cases, migrants have been transported to cities thousands of miles from their scheduled hearings in the federal immigration courts. The receiving communities are not told in advance that the migrants will be arriving.

“It’s a disgrace, and I don’t know how [the Republican governors] can live with themselves. I really don’t,” Kerwin said.

During a Sept. 19 Zoom meeting of interfaith religious leaders organized by Network, the Catholic social justice lobby, Mary Novak, the group’s executive director, decried the “political theater” that she said is exploiting migrant families and individuals for partisan purposes.

“These actions are unconscionable on so many levels,” Novak said.

Guerrero, the immigration attorney, said the transported migrants often do not receive the documents that they need to know where and when their scheduled court hearings are to be held. Sometimes those documents are sent to nongovernment organizations that someone in the border states listed as the migrants’ forwarding address after they arrived in the United States.

“There’s a break in communication with the immigration system and the person,” Guerrero said. “And so, there are [deportation] orders in absentia that are being issued to migrants because they don’t know what court they have to go to.”

Mazzarella, the head of Catholic Charities in the Diocese of Fall River, said her team and the various state-level agencies are working to transition the migrants — most of them single men in their 20s and 30s but also some families with young children — into housing with wraparound social services, including legal assistance with the immigration and asylum process.

Since Sept. 18, the migrants have been staying in temporary accommodations at Joint Base Cape Cod. Mazzarella said a few of them said they plan to stay with family and friends in New York. Three said they wouldn’t mind returning to Martha’s Vineyard because of “how beautiful” the island is.

“But everybody else said, ‘We don’t have a preference of where we go. All we want to do is work, have a home and live peacefully.’ That was the universal message with all of these migrants who came to us,” Mazzarella said.

“They’re fleeing a country that is mired in poverty and want to have a better life for their family. It’s really powerful,” Mazzarella added.

Da Cunha, who was born in Brazil and moved to the United States when he was a seminarian, said he hopes to meet with the migrants in person, and added that he has spoken with priests on the Cape to offer pastoral services to those who are Catholic.